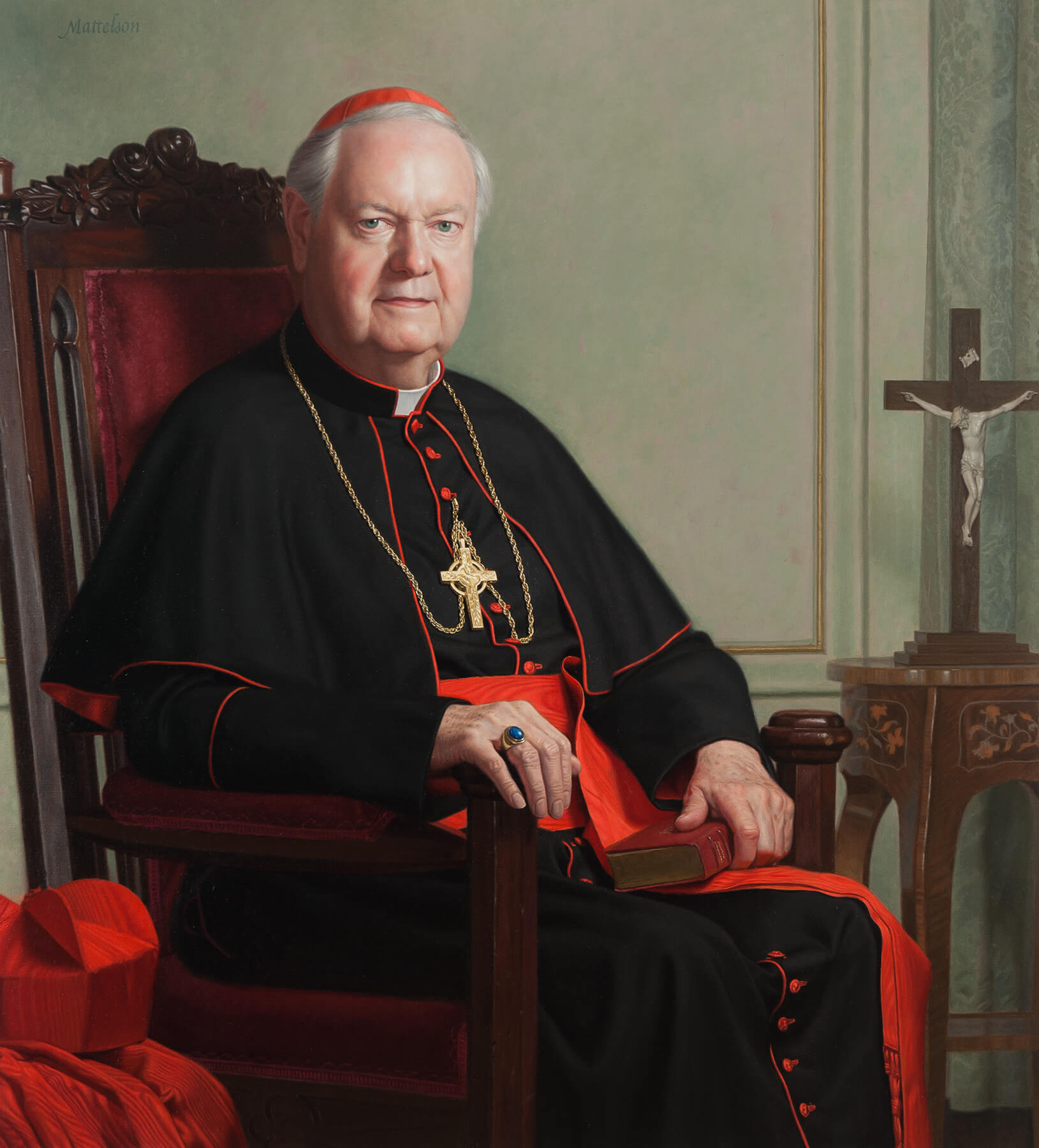 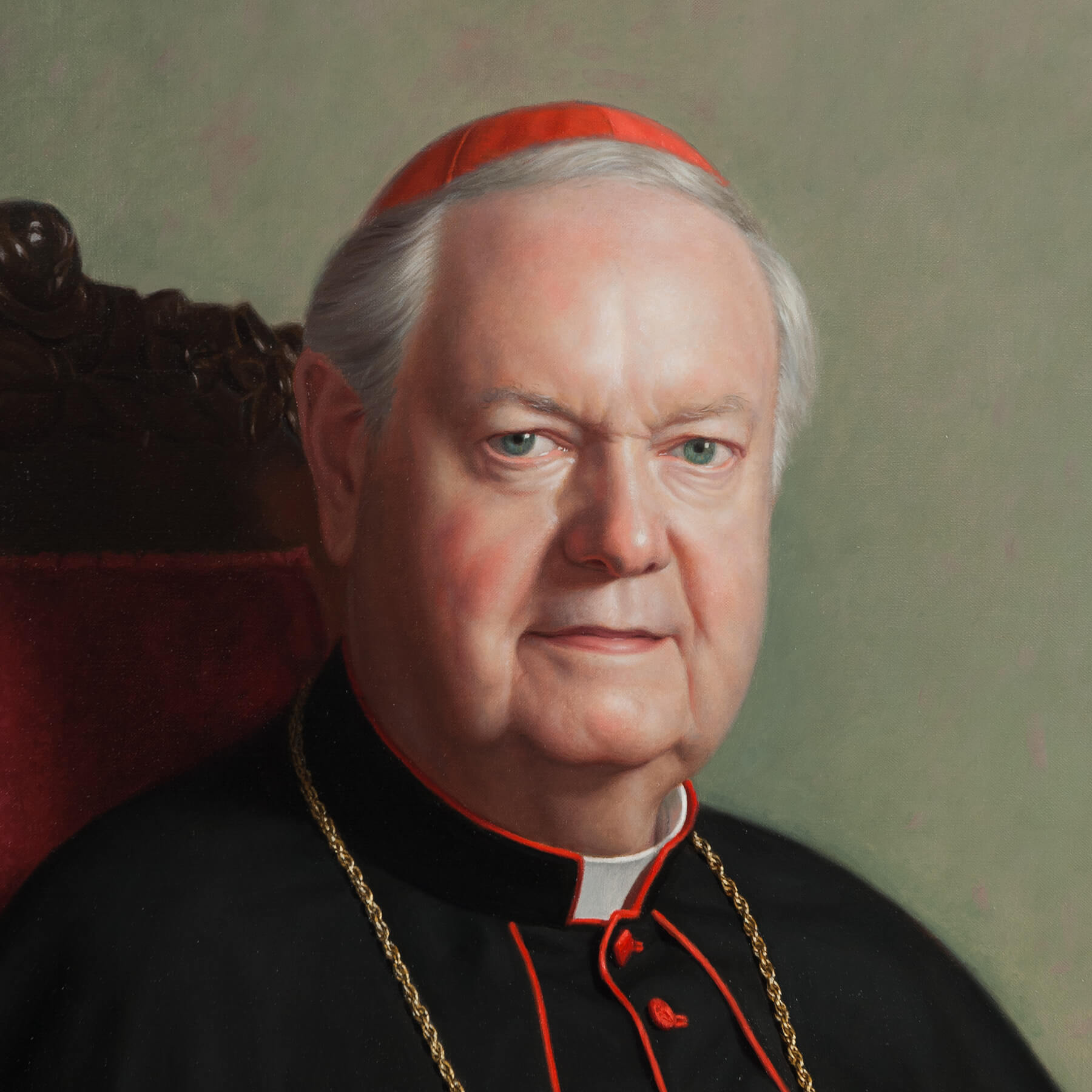 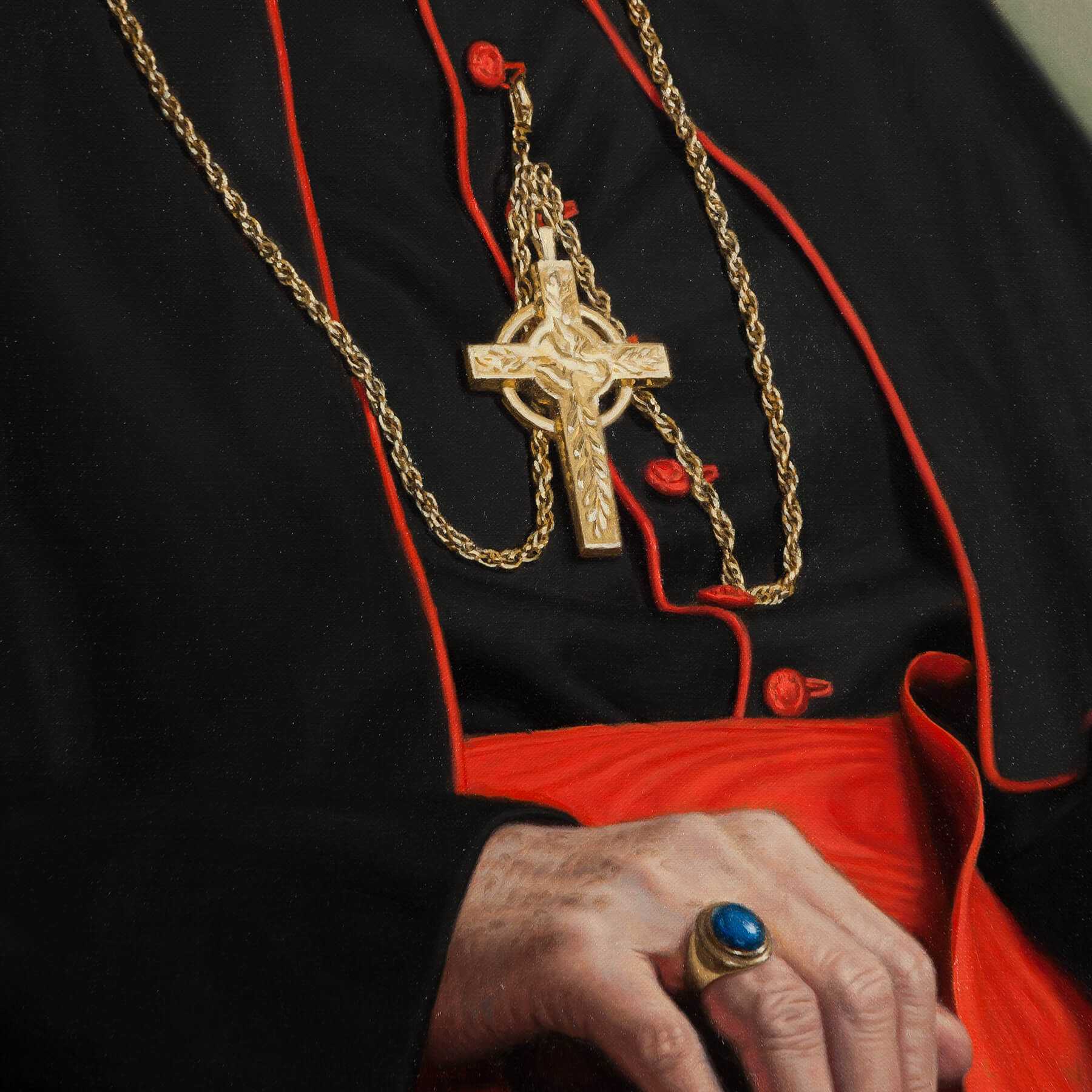 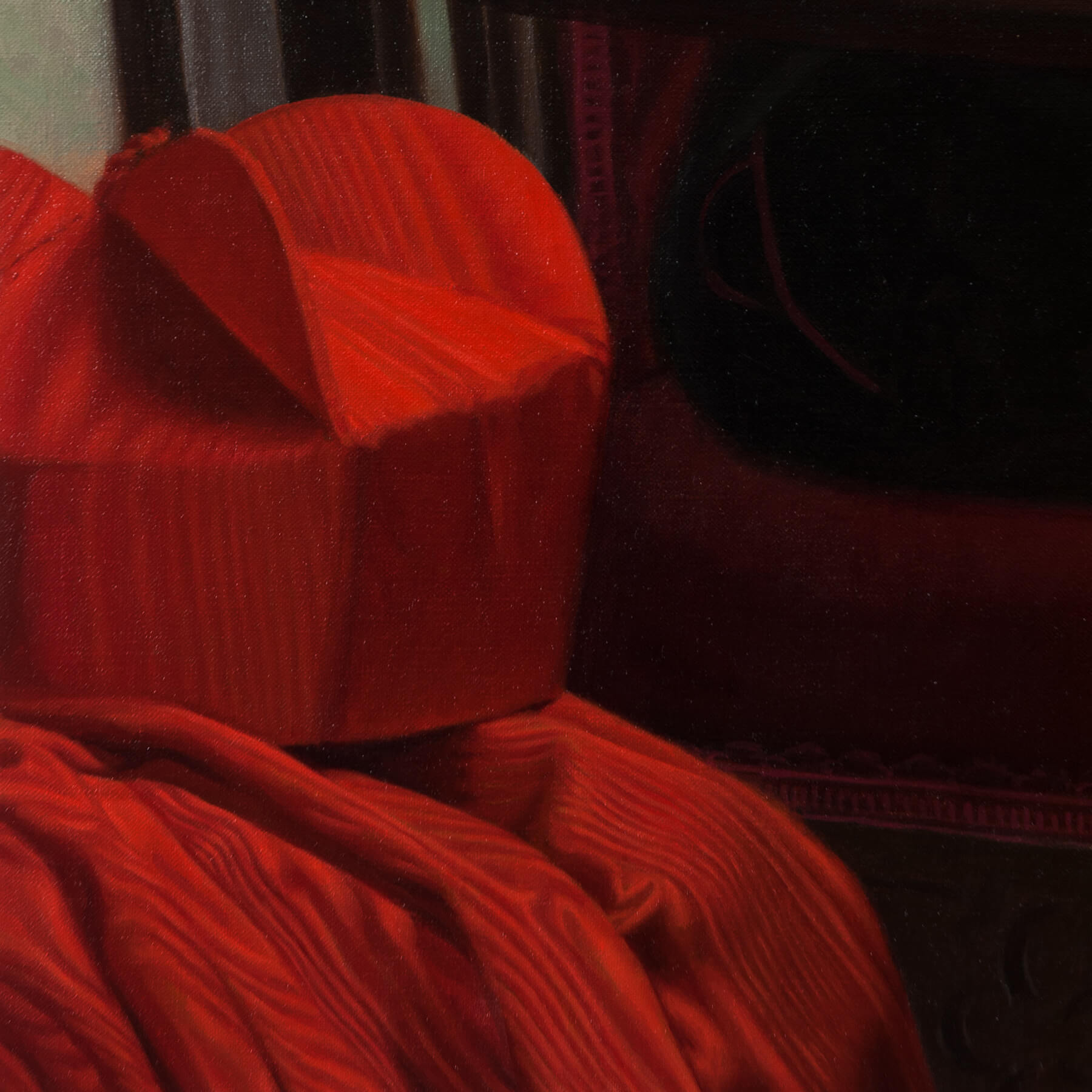 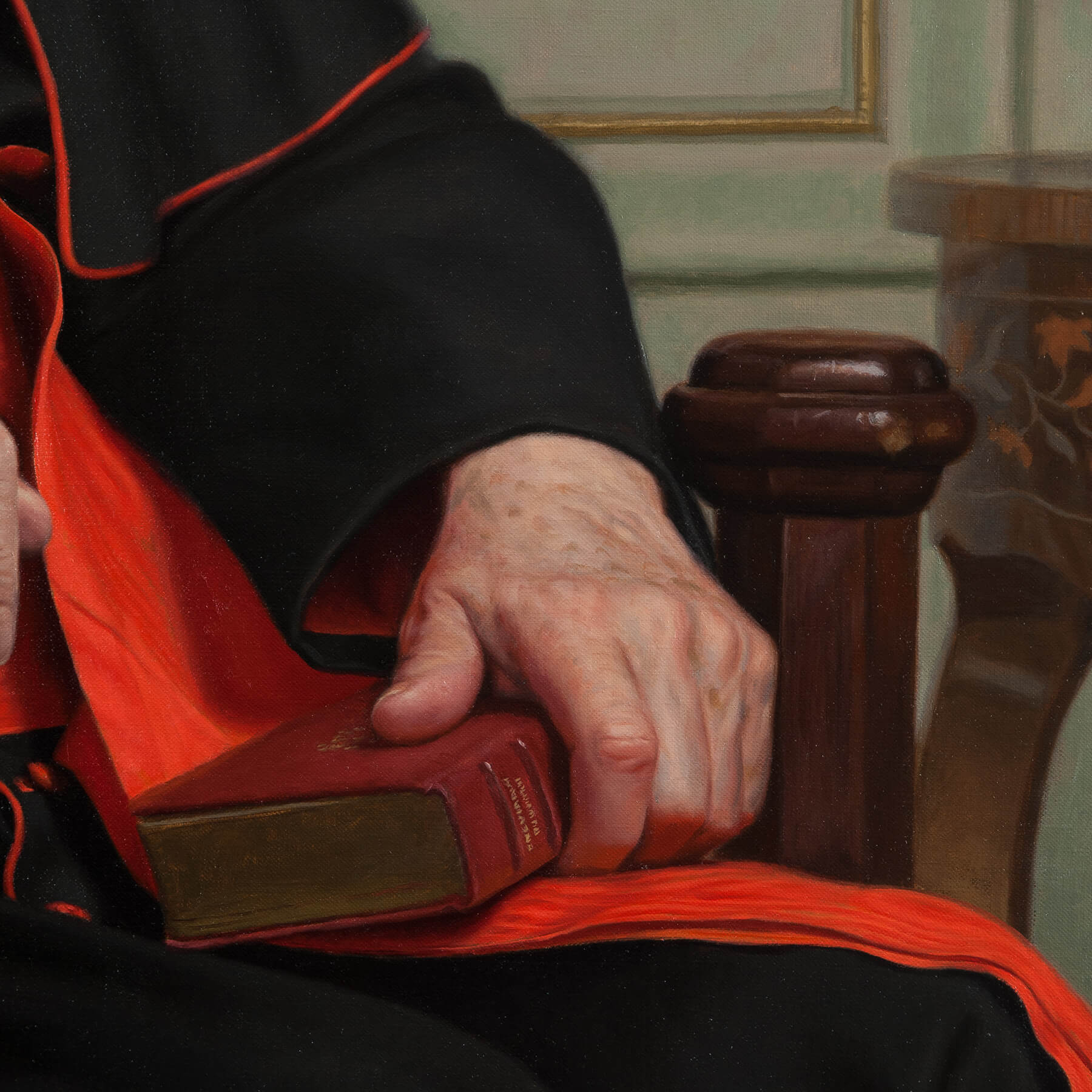 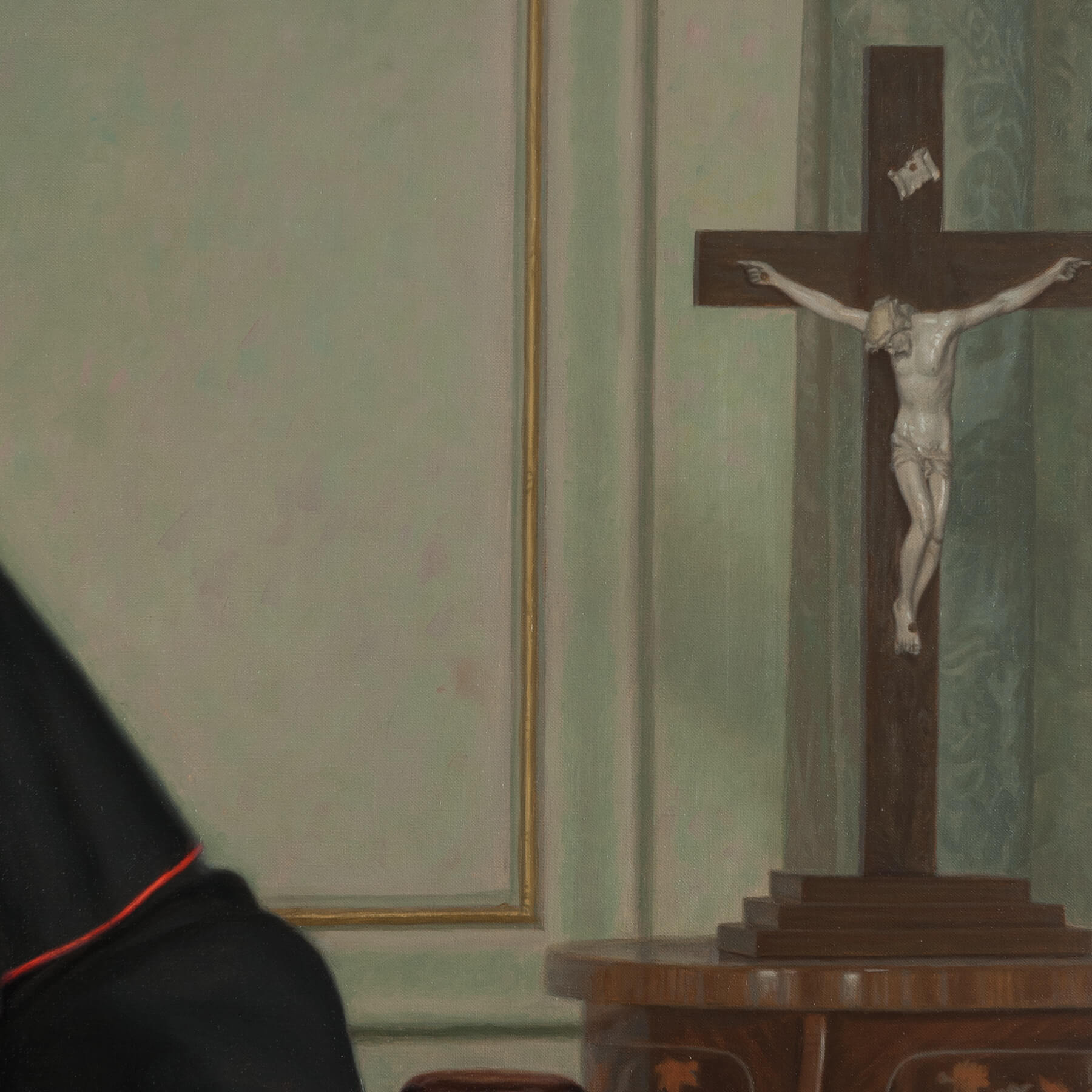 His holiness, Edward Cardinal Egan, commissioned Marvin to paint this startlingly life-like three-quarter length depiction of himself to serve as his official portrait.

The Cardinal wanted to include, in his portrait, personal items for which he felt great sentimental value These were gifts from mentors whom he considered as significant influences throughout his priesthood. Marvin was able to create this complex composition in which each item was fully considered, without distracting from the main emphasis – the portrayal of the Cardinal.

The most difficult task was in finding a suitable chair. Nothing in Saint Patrick's Cathedral had the right feel. Miraculously, just prior to the first sitting, a family called to gift the church with the chair which was used by Bishop John Joseph Hughes when the cornerstone was laid in 1858.

Through his careful arrangement of values Marvin created this award winning portrait whose harmonious composition tells a subtle story while emphasizing the character of the sitter in an atmospheric envelope.