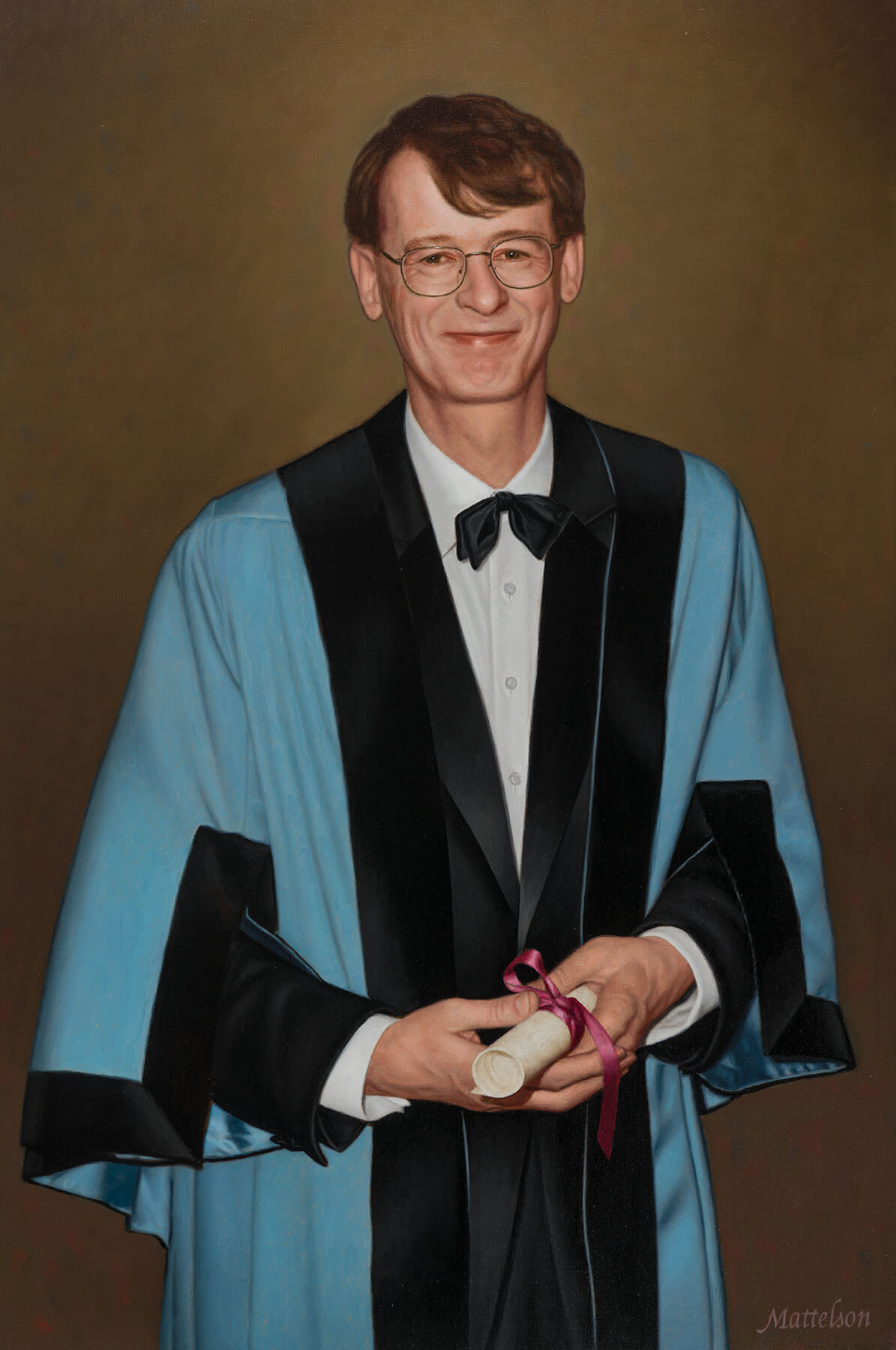 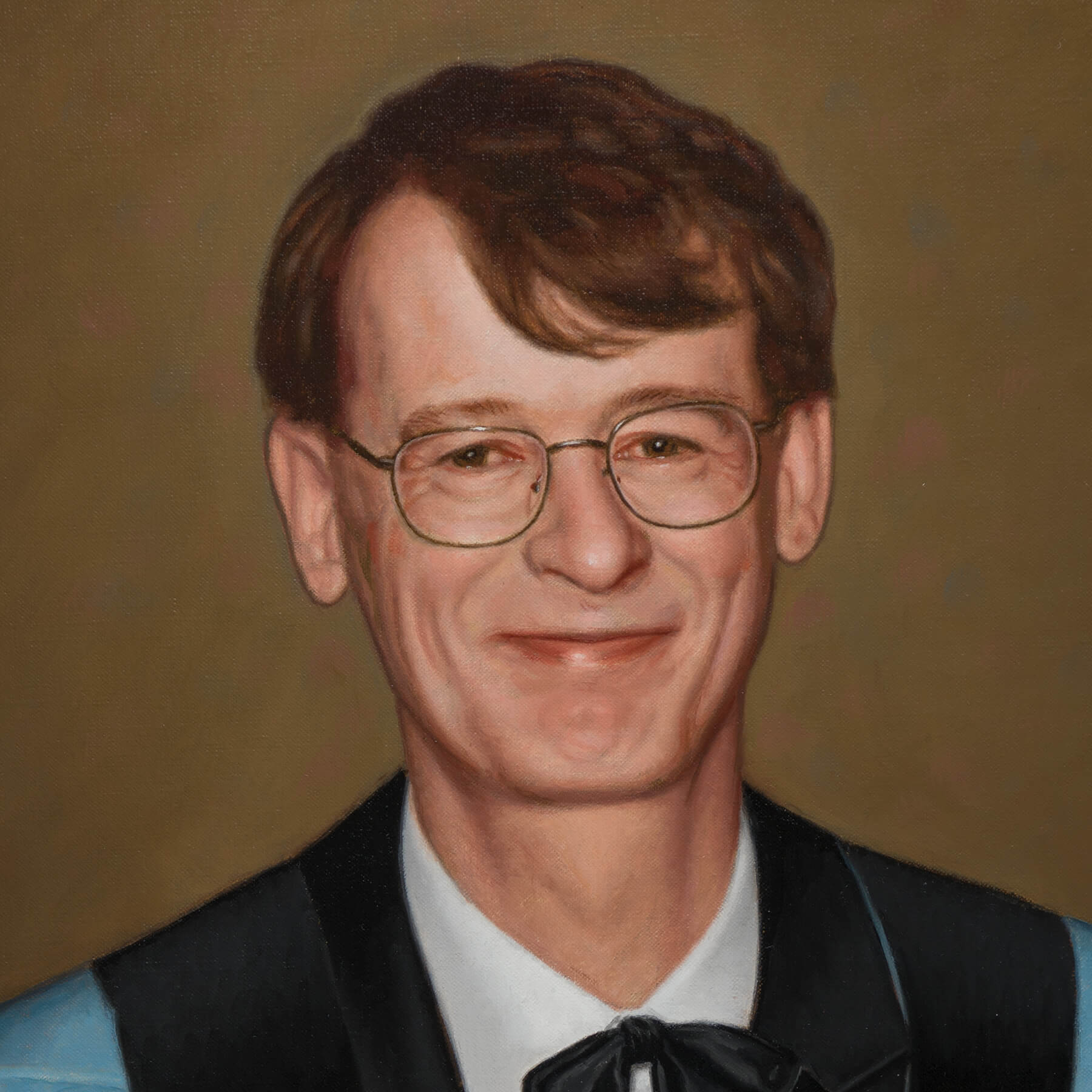 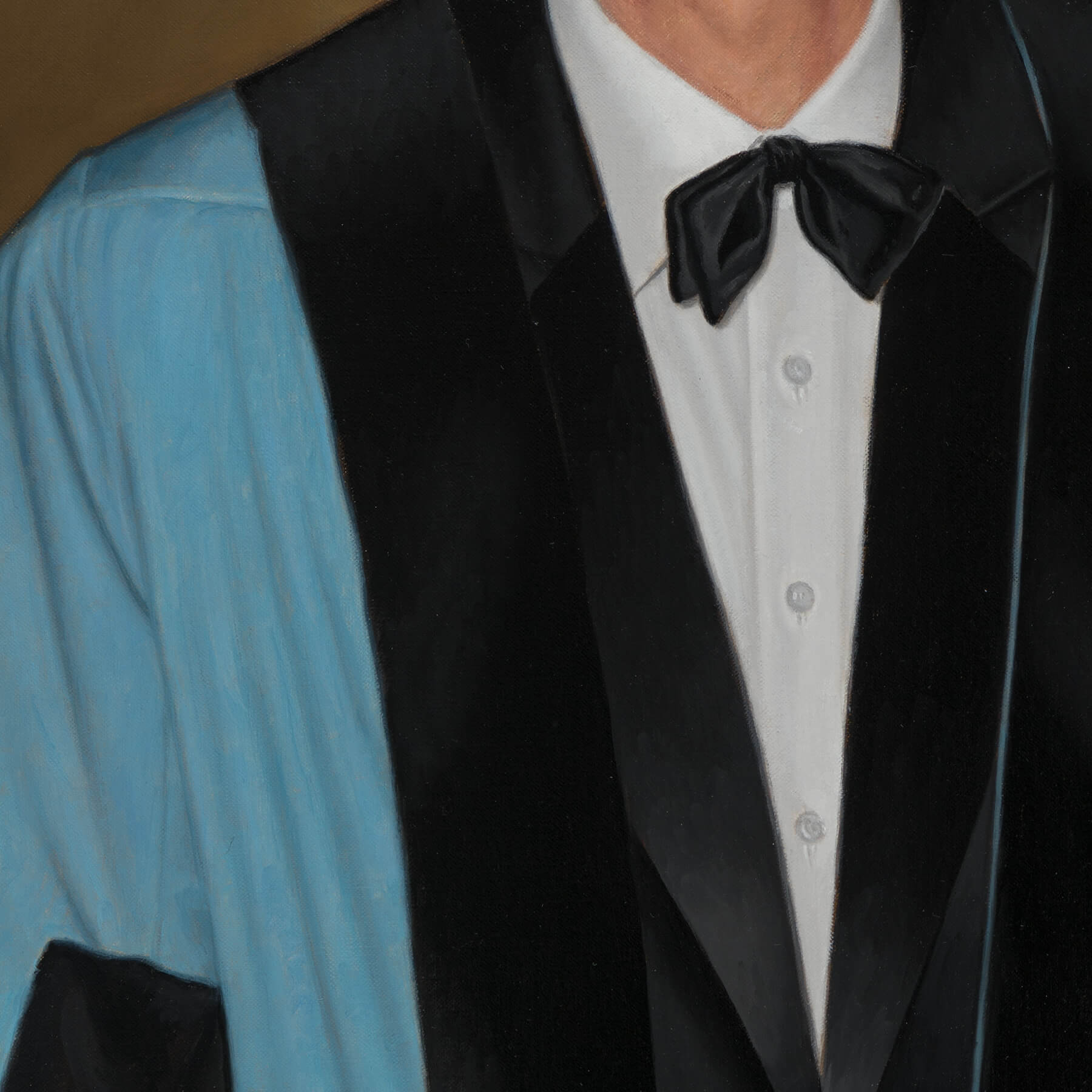 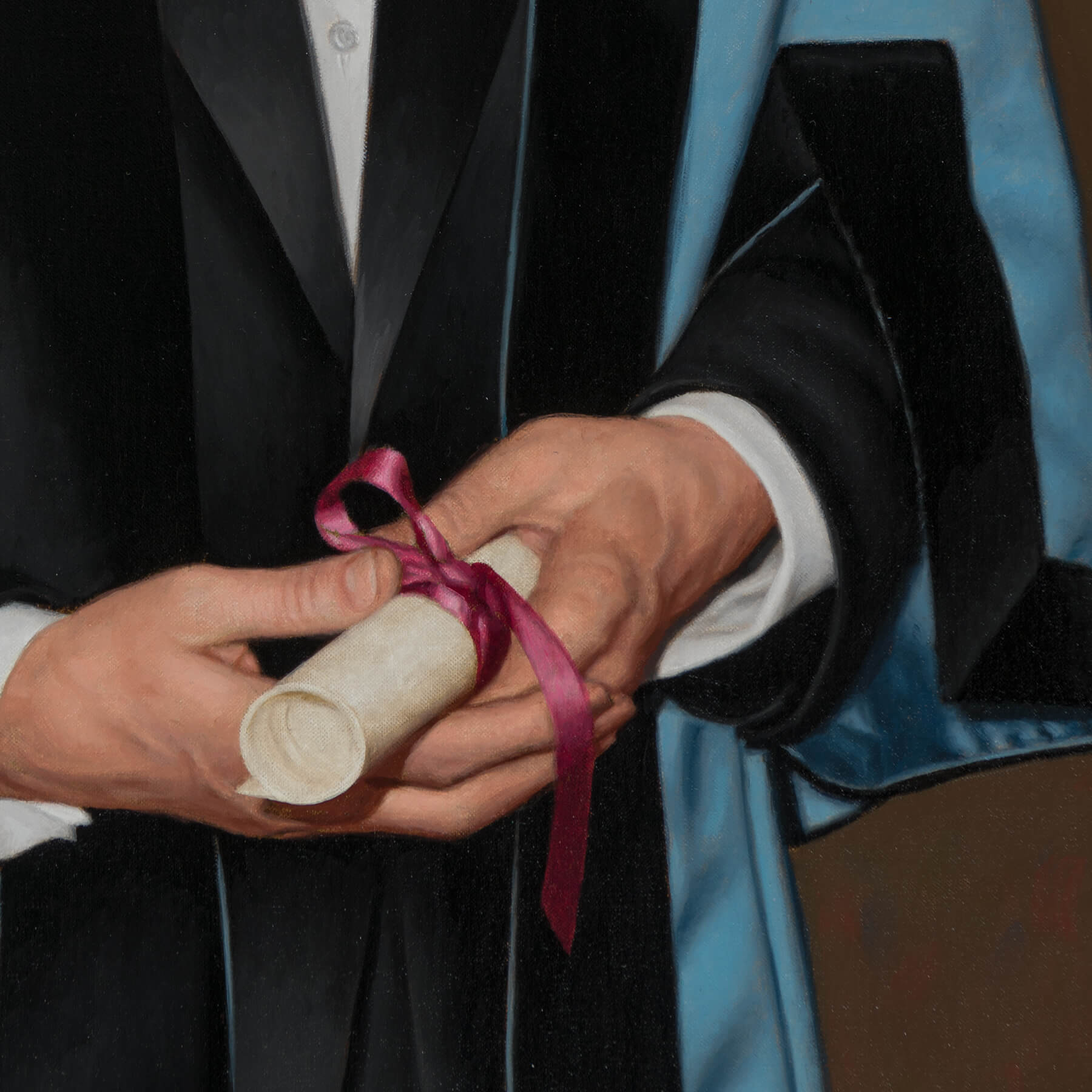 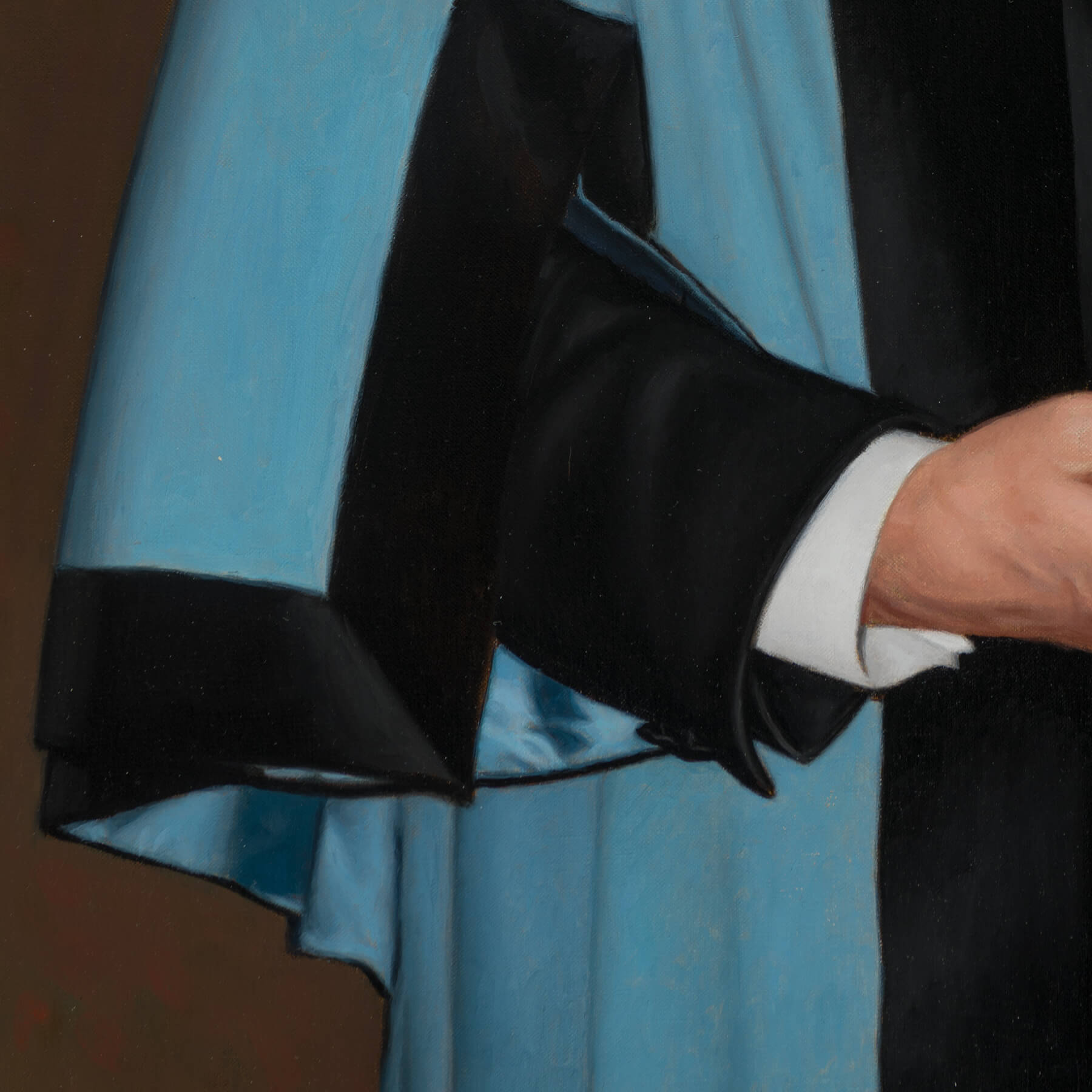 The late Edward Cripps was the brother of Robert and son of Sir Humphry Cripps, and was on the Board of Directors of Velcro Industries. This portrait is displayed in the building, named for himself, which was generously funded by the Cripps Foundation.

A posthumous portrait tends to be more challenging than a painting of a living person, one who is available to sit for the artist. This portrait was created by combining several different photos with varying degrees of clarity. The pictures lacked the kind of information necessary to create a true life-like representation. Ultimately a new gown needed to be constructed in order to reveal the structure and textural details necessary to avoid having the painting appear like a blown up, two dimensional photo copy.

Robert, his brother, was so taken by this portrait, he commissioned Marvin to paint four additional copies to hang in a variety of locations commemorating Edward's memory.