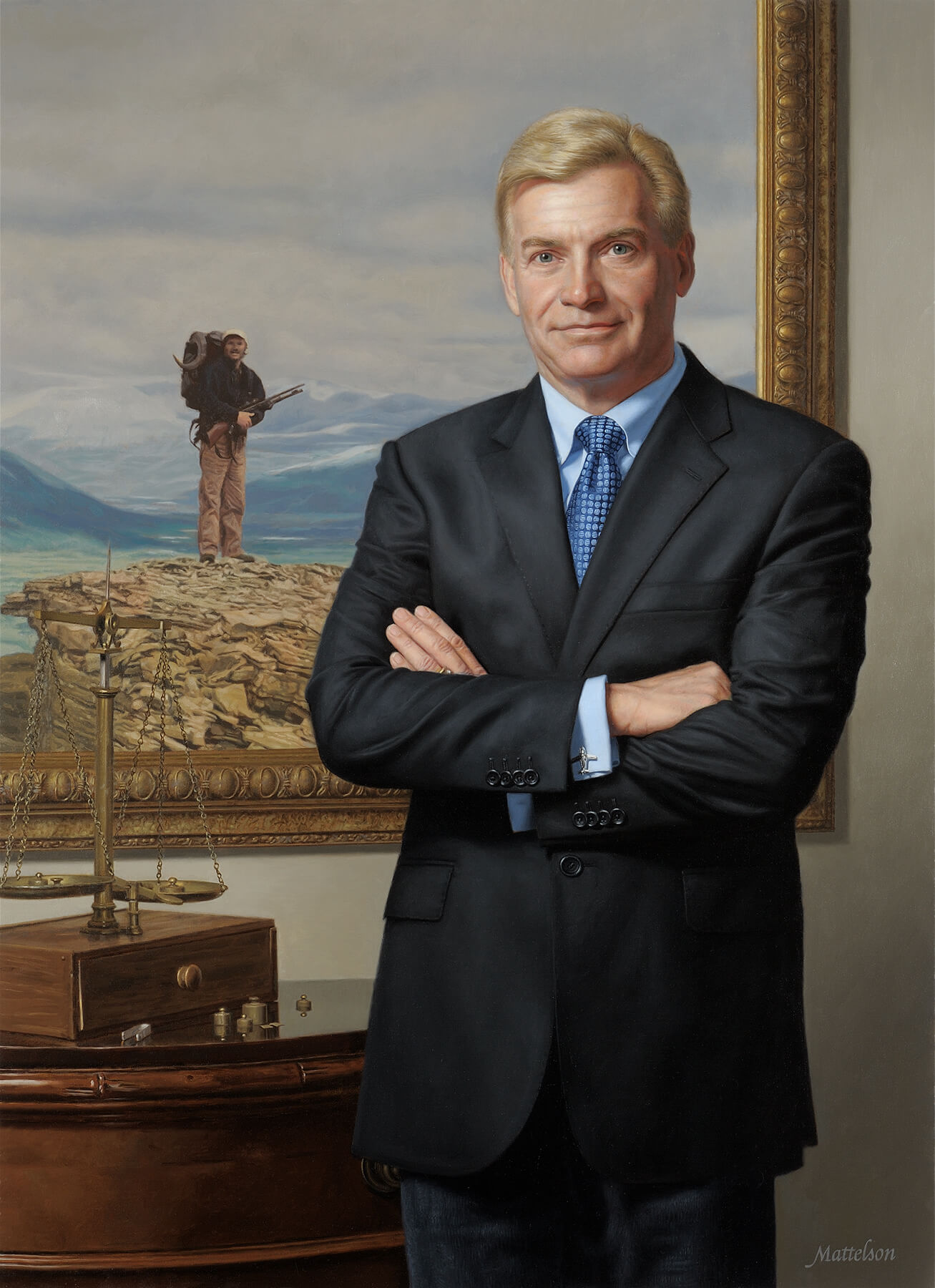 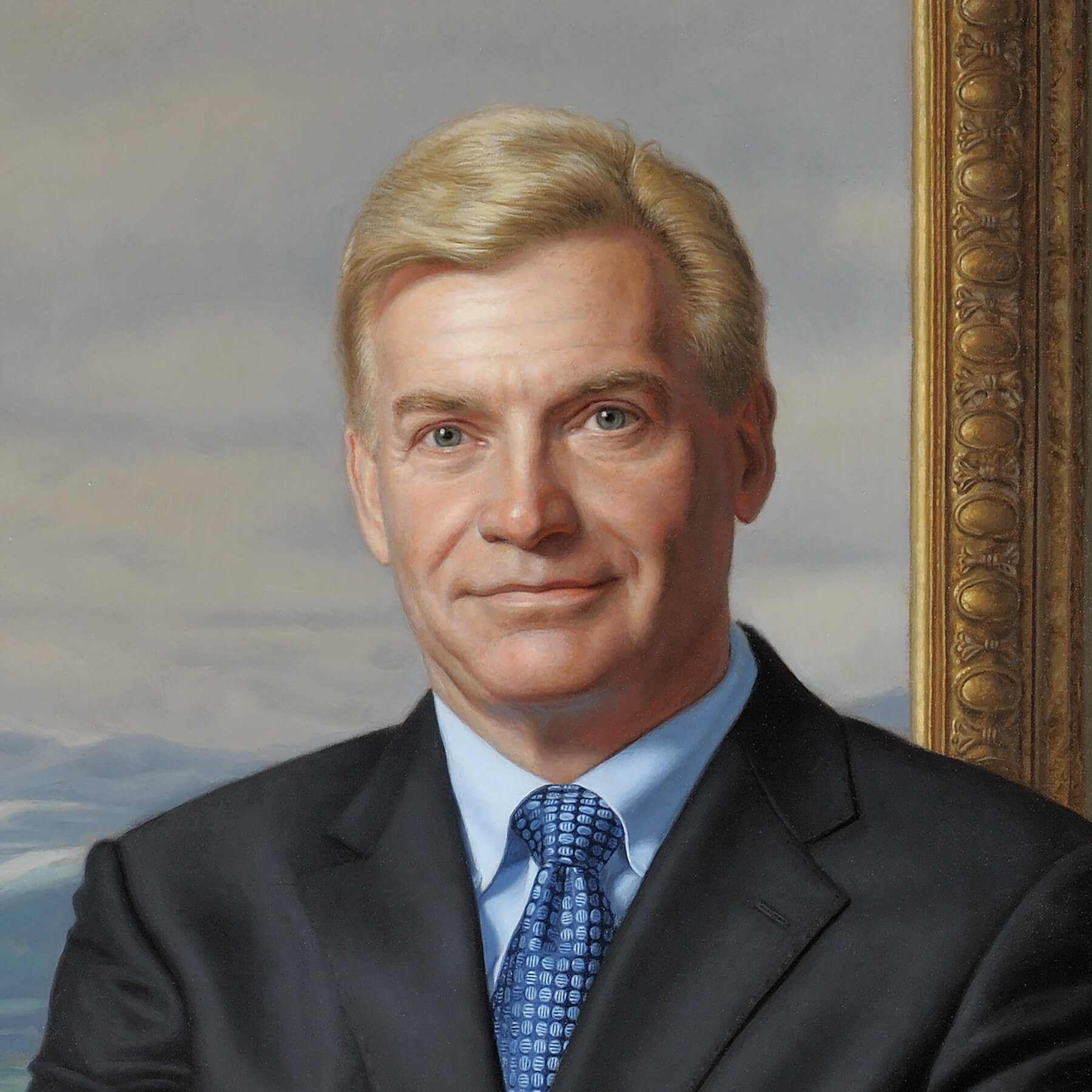 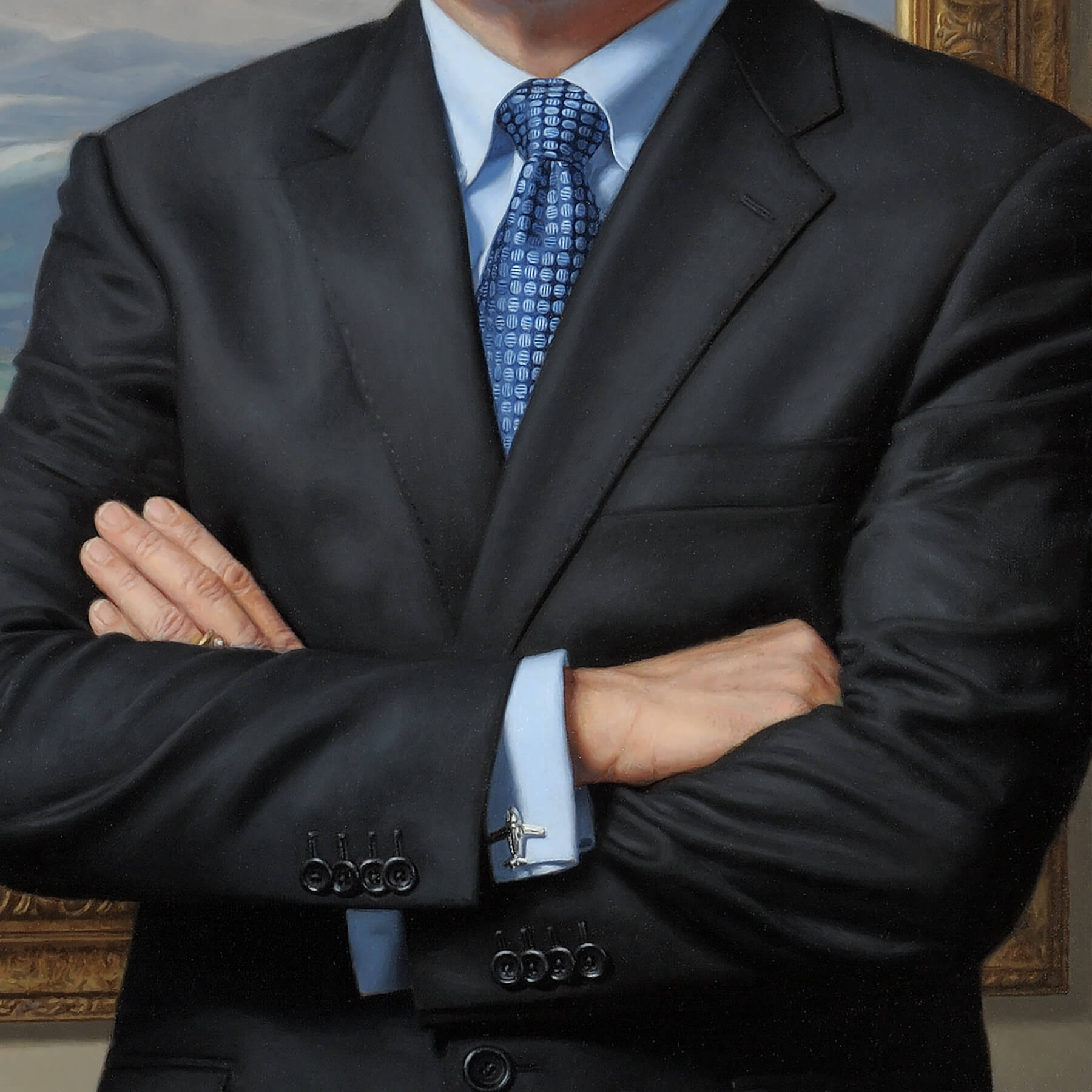 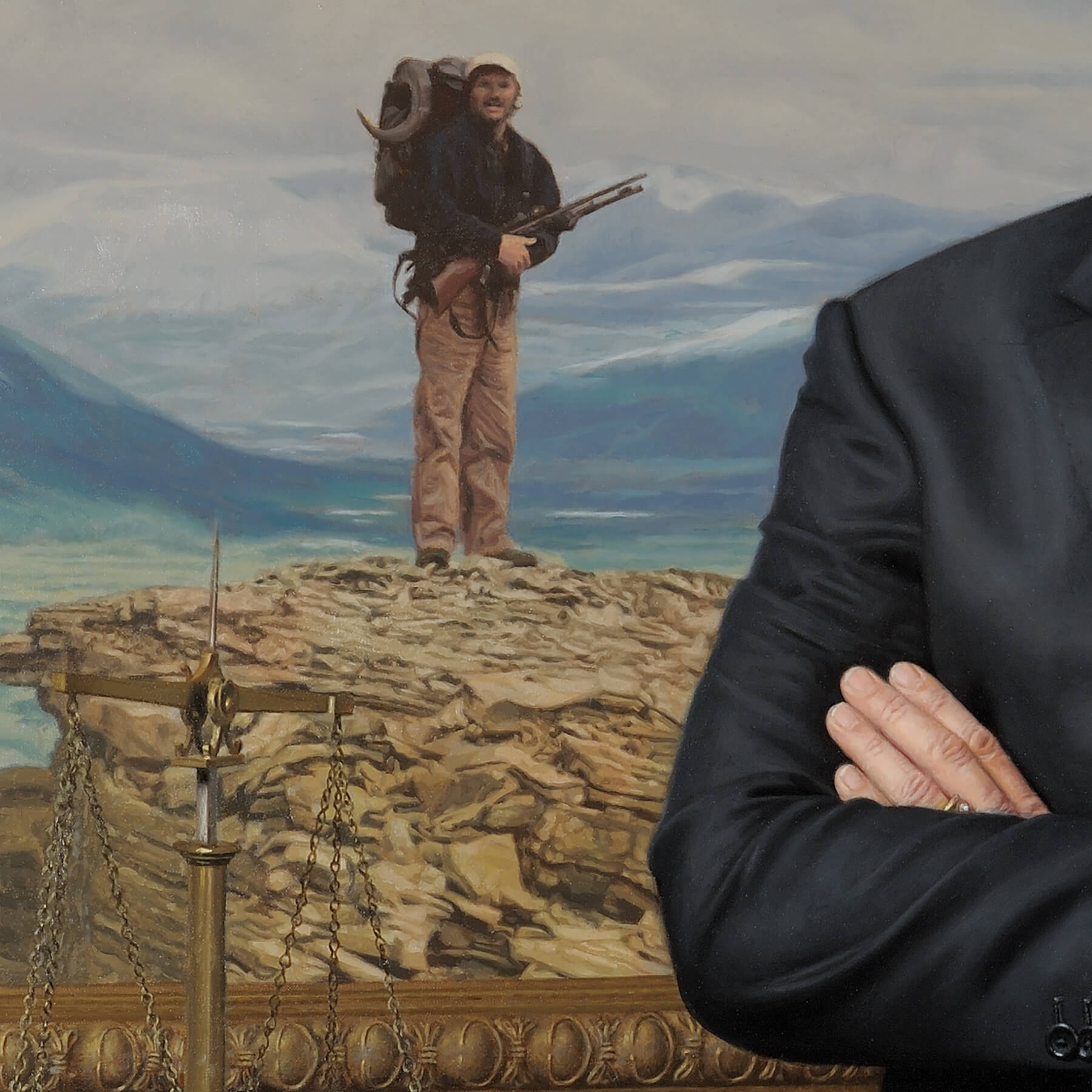 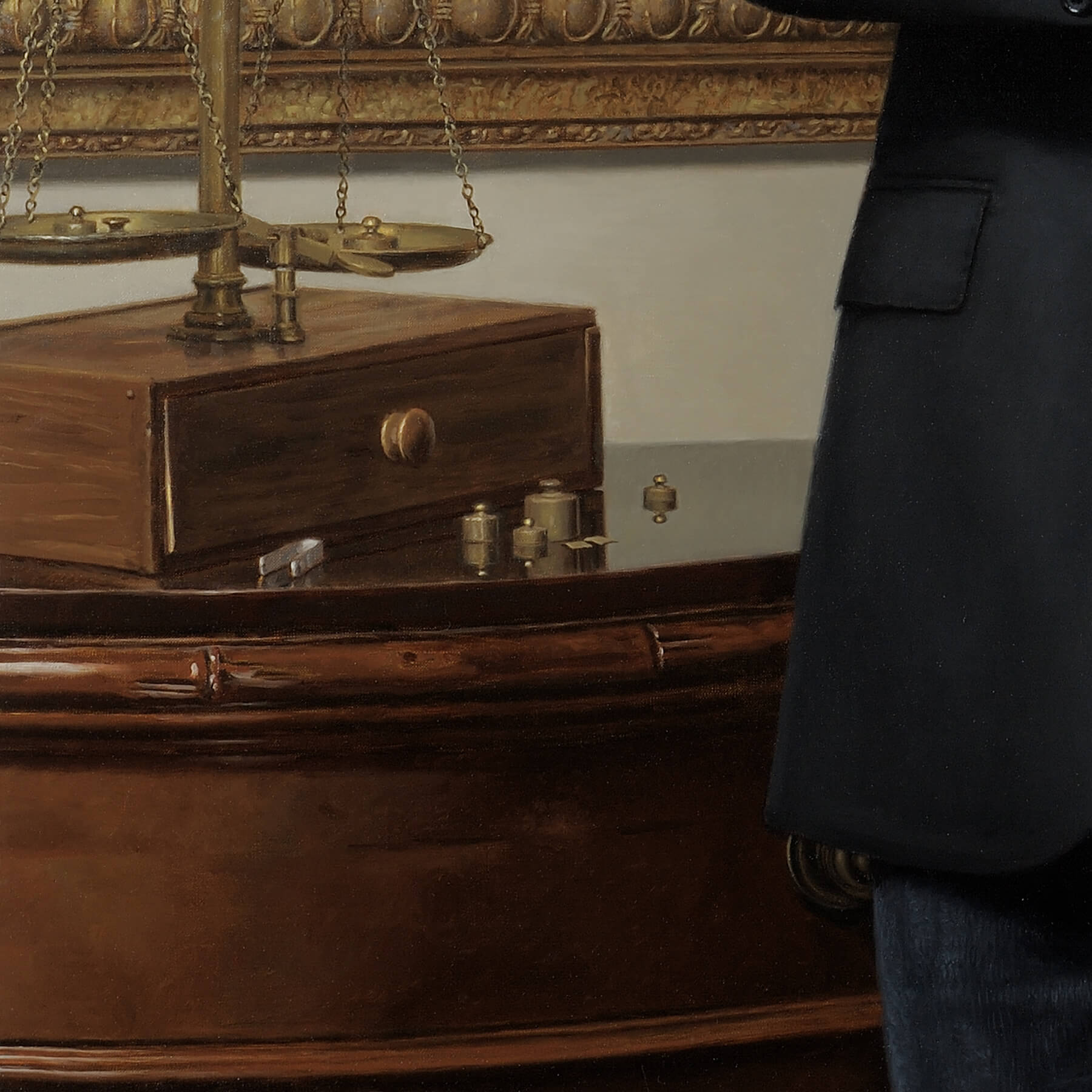 Mr. Lin Rogers is a portrait of a great achiever who exemplifies the American dream. Starting from humble beginnings, he built a nationwide company from the ground up. Lin is a very humble man, beloved by his employees who originally commissioned Marvin to immortalize this businessman and philanthropist.

In this custom three-quarter length portrait, Marvin surrounded Lin with objects symbolizing some of his noteworthy achievements as well as sentimental keepsakes, all the while without distracting from Lin's powerful gaze. It showcases Marvin's ability to infuse his subjects with life while enveloping them in air and space.